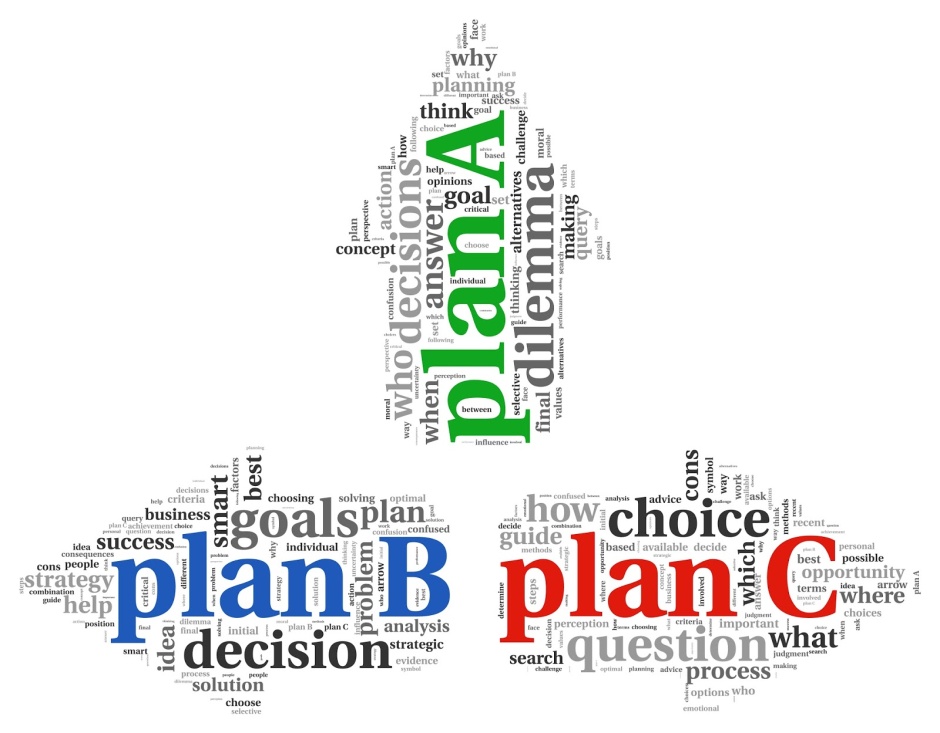 Pessimism may point out the cons of a project, but the pessimists are pros in correcting those. As promised in the previous post, let’s start our final post of the series with a few practical examples of how pessimism has become a part of our every day life.

A healthy dose of pessimism may come in handy in many real-life situations where optimists may be overly hopeful.

Pessimism is useful on several fronts. For one thing, it’s a good defensive tactic. Surprisingly, it can be most helpful at the moments when we might seem to have the least to feel pessimistic about. When we’ve been successful before and have a realistic expectation of being successful again, we may be lulled into laziness and overconfidence.

Pessimism can give us the push that we need to try our best.

Pessimism is actually more of a predictor for certain outcomes than optimism. In the case of academic performances, defensive pessimist is the one who anticipates and worries about a poor result despite a prior good track record.  This can be perceived as self protective and defensive, acting as a buffer if it turns out to be right.

The pessimistic attitude of the people about the economic recovery, has resulted in making smart choices, such as saving money and investing for retirement. Put to use in this fashion, pessimism isn’t a lamentable drain on our time and energy but a productive strategy for dealing with uncertainty, since they lead to better performance and personal growth.

Pessimists can fare better as gamblers and know when to cut their losses rather than let it roll. They do not get stuck on a single problem, but instead they know when to give in.  For the optimist, who say gambling itself is a negative aspect of life, then let’s take this mentality to the big leagues a.k.a The Share Market. Pessimists may have the advantage in situations where resources and opportunities are limited, such as a down stock market, while optimists may fare better in situations where persistence is rewarded in the face of adversity.

All road rage cases occur when an optimist is all torn up that someone had the audacity to be rude. After all, we pessimists expected they would be rude, not a big surprise to us.  When someone is nice and courteous enough to let us out of a parking lot, however, our day is made–the world actually likes us! What does that do for the optimist? Nothing!  How much appreciation can he really have in that? Not one bit!  After all, he expected it.

There’s no automatic or magical association between optimism and pessimism … and any outcome. It really depends on how that perspective leads you to act or not act in a given situation, noting that the debate between optimism versus pessimism tries to be oversimplified like if you’re optimistic, these good things will happen, and if you’re pessimistic, these bad things will happen, or vice versa. To truly be happy, you have to stop trying.

Because the world is unpredictable, we continually generate mental scenarios about how we think things will unfold, and we paint these scenarios white or black, hopeful or fearful. Why not be neutral — neither optimistic nor pessimistic but simply realistic?

Fortunately, a grim outlook doesn’t have to be permanent. Optimism and pessimism are two ends of a continuum, inheriting both these traits seem not only logical but inevitable for a successful life. Many of us use these mind-sets in a flexible way and that this flexibility has a lot of advantages.

The perfect blend of optimism and pessimism creates realism.

Pessimistic people are a permanent part of the human race. Some people are genetically engineered to see the potential flaws, so that others can succeed flawlessly. Knowing what people are negative about is always the first step in solving the problem.

We need pessimism and optimism…. We absolutely need both sides of ourselves.

Individuals who are able to identify what is possible while anticipating and accepting their restrictions and possible dangers, tend to approach them in a realistic way. But, thinking in sweepingly negative terms can be overwhelming.

Pessimists are not pessimistic anymore. In this competitive world, they are the ones who are really realistic.

In my final note, for all the fellow pessimists out there, if you start thinking things are going to end up in disaster, don’t stop there. Keep thinking of what and how things could go wrong. This train of thought will eventually lead to thinking of preventative measures.

Focus and restrict your pessimism to important things, after all we’re the ones who brought the meaning to the very word “CONTINGENCY”.

The Discernment on Dooms’ Day

Being Pessimist! How The World Views…